Today, the Labour party will announce that they would not implement planned corporation tax cuts and would reverse most of the cuts introduced since 2010. This would be the first time the main rate of the modern corporation tax in the UK had been increased. The policy could raise around £19 billion in the near term, but substantially less in the medium to long run because companies would respond by investing less in the UK. Part of the revenue raised would be used to increase spending on education by £9 billion a year (£8.4 billion in 2017–18 terms).

Alongside this observation, we are today publishing a new analysis of what’s happened to corporation tax and receipts since 2010. Rate cuts announced since 2010 are forecast to cost at least £16.5 billion a year in the near term, with tax raising measures bringing the net cost to £12.4 billion a year. Under current plans, corporation tax receipts are forecast to be 2.3% of national income by 2021–22, substantially below the pre-recession high of 3.2%. 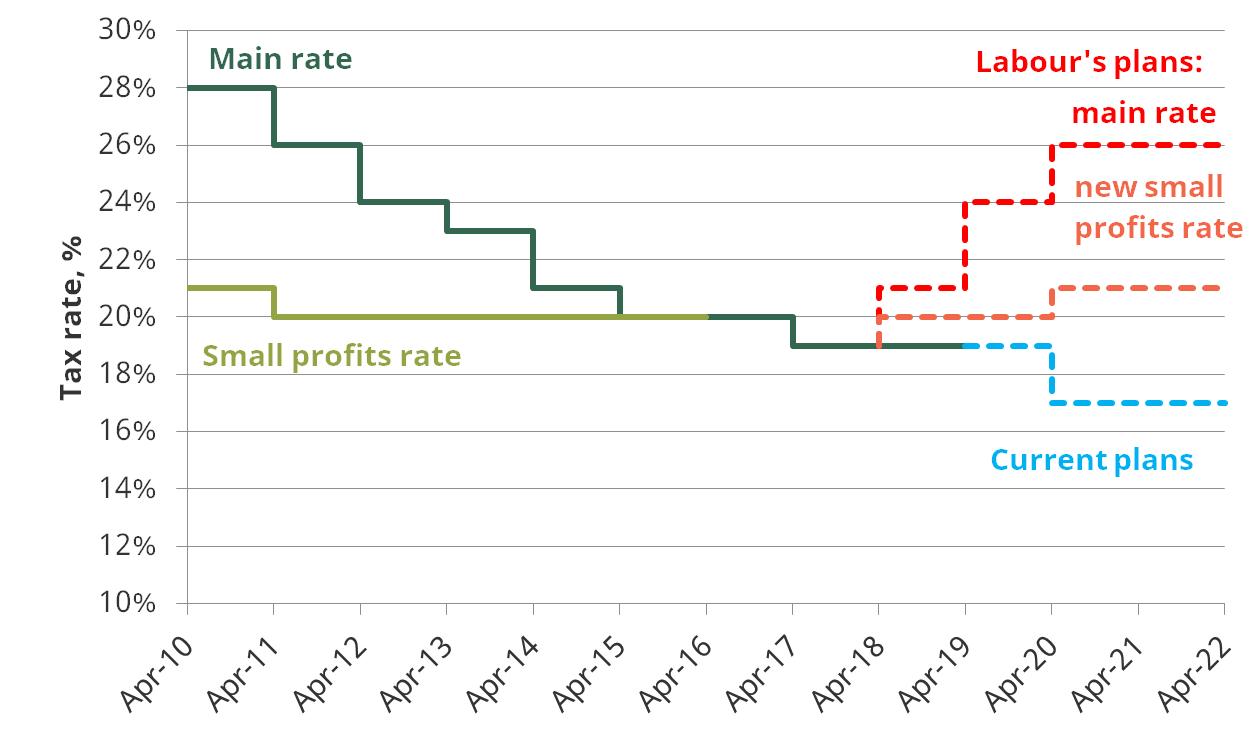 This substantial rise in the rate of corporation tax would raise a substantial sum. HMRC estimate that a 1 percentage point increase in the rate of corporation tax this year would raise £2.7 billion a year in 2021–22 (£2.3 billion a year in 2017–18 terms). If this figure is used, a simple ‘back of the envelope’ calculation suggests that Labour’s plans (relative to a 17% rate) could raise around £19 billion in 2021–22 (£16.8 billion in 2017–18 terms). That compares to forecast onshore corporation tax revenues of £53 billion in 2021–22. However, this should be seen as an overestimate of how much revenue would be raised because at higher tax rates an increase in the rate would lead to a larger reduction in UK investment and therefore bring in less revenue.

Labour’s increase in the rate of corporation tax, if it did raise revenues by £19 billion, would add 0.8% of national income to government receipts, which are already forecast to rise to the highest share of national income since 1986–87.

Increasing tax on corporations may appear to be an attractive way to raise revenue. But, as ever, there are trade-offs:

Where a 26% corporation tax rate would leave the UK

A rate of 26% would still leave the UK with the lowest rate in the G7. We would, however, move down the competitiveness ranking relative to some other EU countries (Figure 2). Under both the current Conservative plans and the Labour plans, the UK would continue to have a less competitive tax base than other countries because we allow a smaller share of capital expenditure to be deducted from revenues each year. A higher rate will reduce the incentive for both domestic and multinational companies to invest in the UK.

An unfortunate side effect of the Labour plan is that it will entail reintroducing the so-called Small Profits Rate – a preferential rate for companies with low profits. The oft-cited justification for having a separate and lower small profits rate is to encourage new business formation and, in particular, entrepreneurship. However, there is a lack of compelling evidence that levying a lower rate of corporate tax on the basis of companies’ profits achieves this aim. In addition, the redistributional motivation for a progressive personal income tax system does not apply to firms. Reintroducing the small profits rate would reintroduce unnecessary and unwelcome complexity into the corporation tax system. 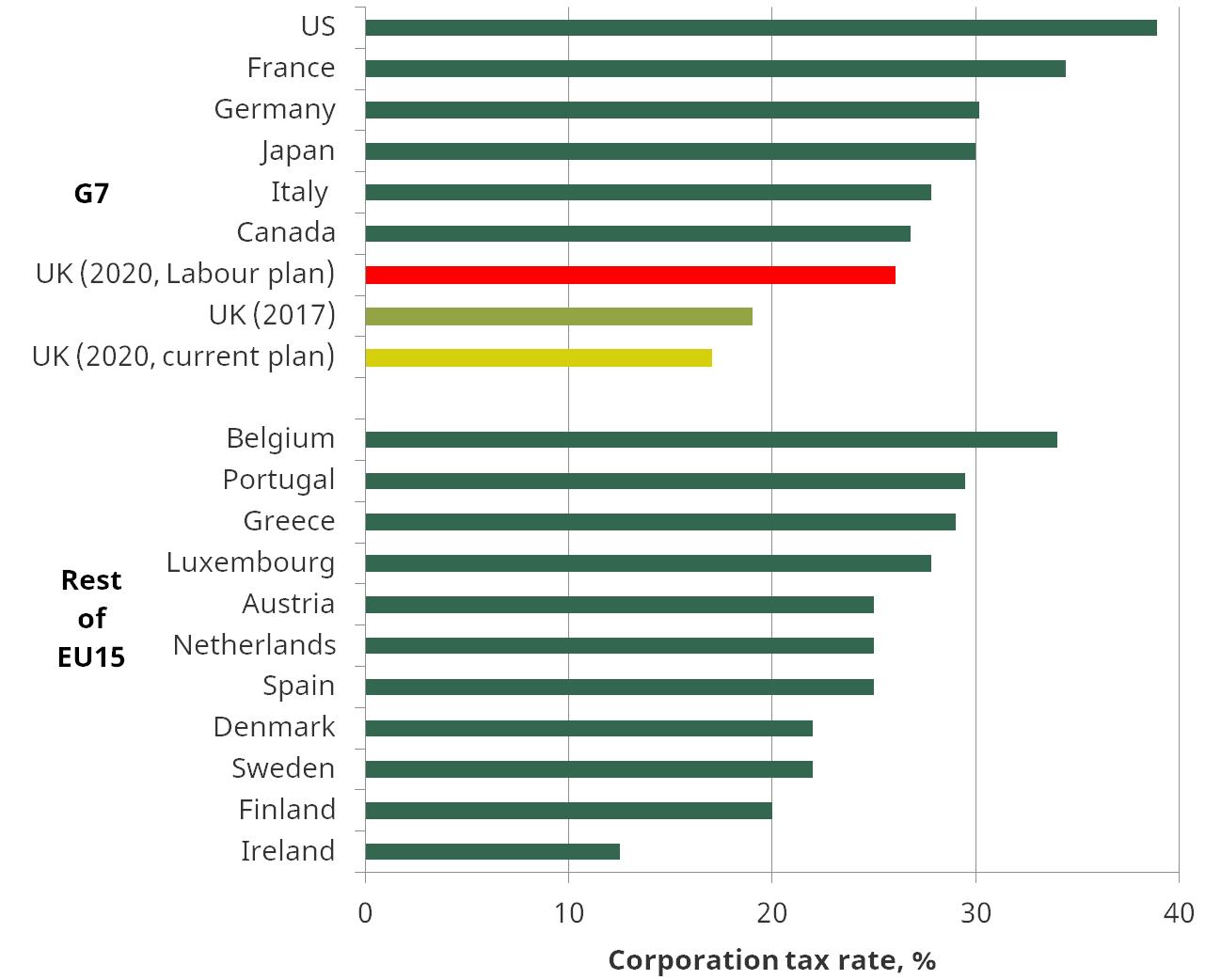 What’s been happening to corporation tax?

This briefing note provides background material for the 2017 General Election. IFS Election 2017 analysis is being produced with funding from the Nuffield Foundation as part of its work to ensure public debate in the run-up to the general election is informed by independent and rigorous evidence. For more information, go to http://www.nuffieldfoundation.org.

This election observation details the education spending commitments and compares them to existing government plans.